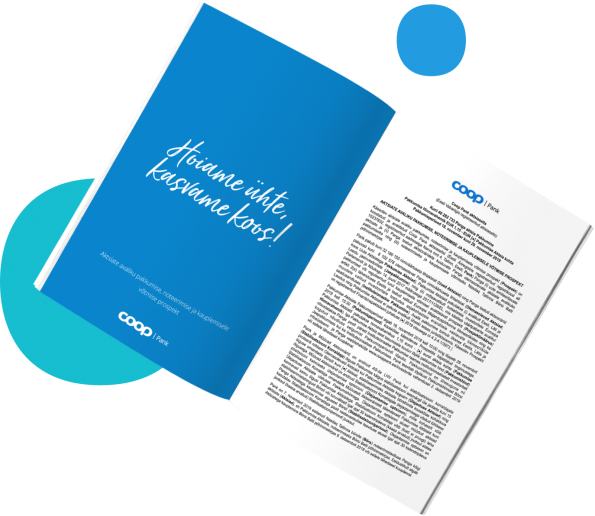 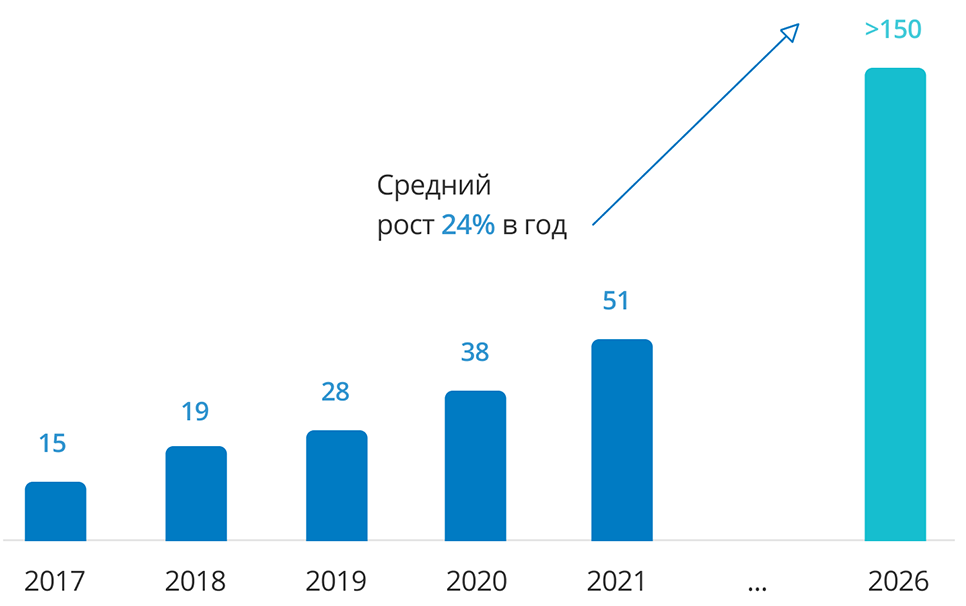 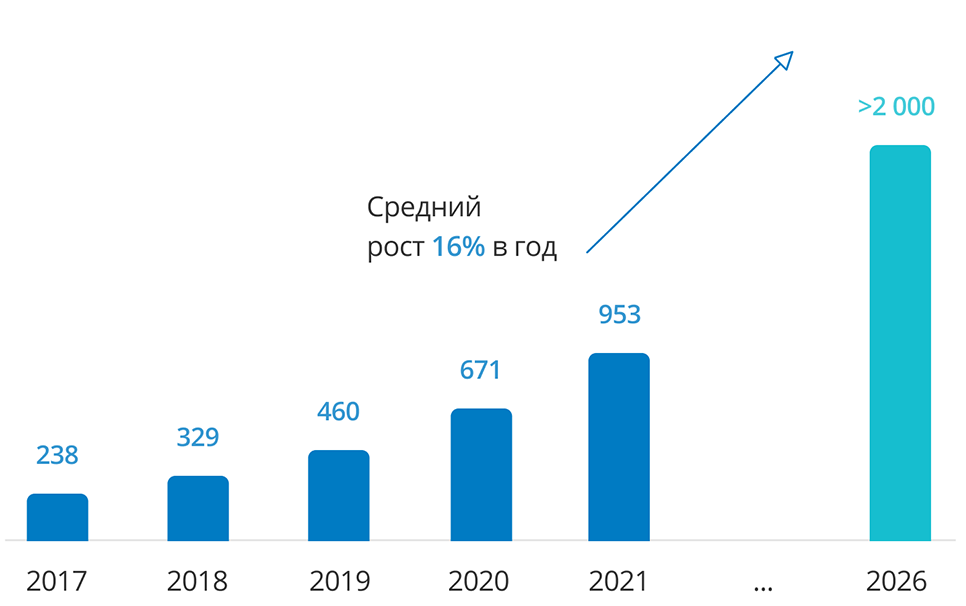 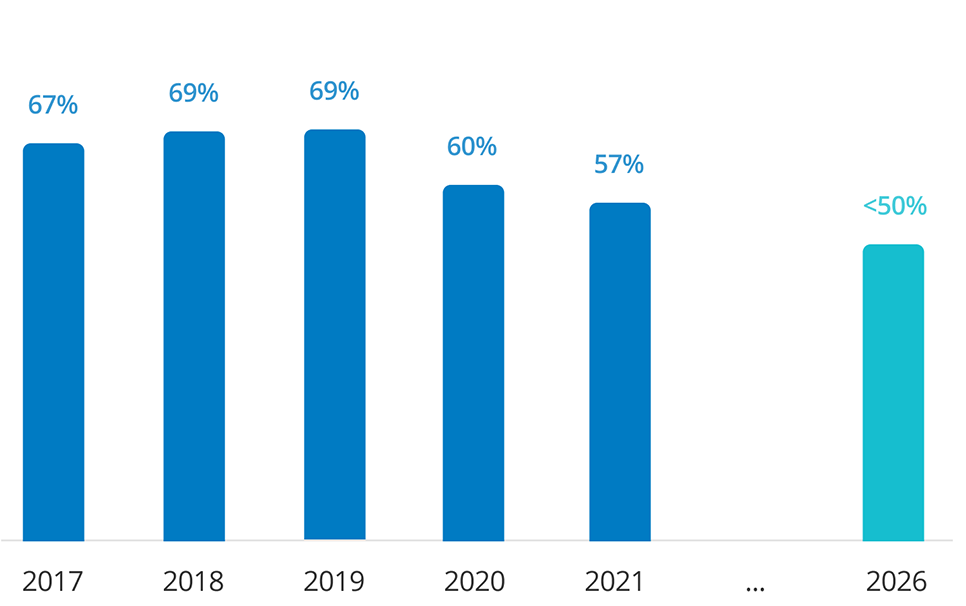 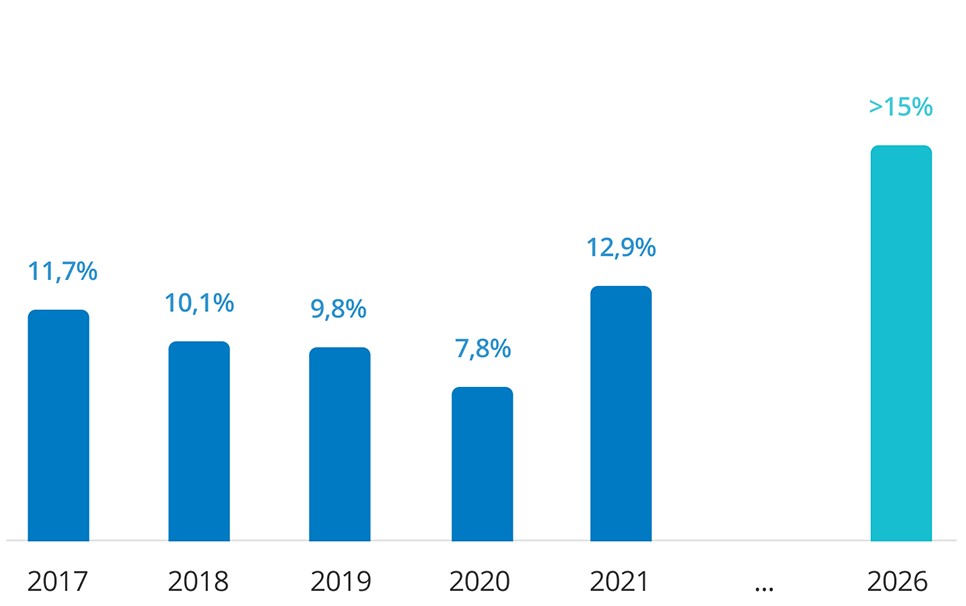 Results of the Offering of Coop Pank Unsecured Subordinated Bonds

In the course of the Offering, up to 8,000 unsecured subordinated bonds of Coop Pank with the name of EUR 5 Coop Pank bond 22-2032, with the nominal value EUR 1,000 each, the maturity date 10 March 2032 and fixed interest rate of 5% per annum, payable quarterly, were offered. Under the terms of the Offering, in case of oversubscription, Coop Pank had the right to increase the volume of the Offering by up to 2,000 additional bonds. The Offering was only carried out in Estonia and not in any other jurisdiction.

The Management Board of Coop Pank decided to allocate the subordinated bonds based on the following principles:

“The 1.7-fold oversubscription of the bond offering at such a difficult time confirms that customers and investors believe in Coop Pank's growth plan. The bank's investor base is expanding year by year. Since the establishment of Coop Pank in 2017, the strategic owner of the bank has been retail chain Coop. The IPO in the autumn of 2019 and the two years that followed have added nearly 28,000 retail investors. Looking ahead, we consider it important that our investor base be supplemented by institutional investors. Therefore, we prefer institutions in addition to bank’s today's customers, shareholders and bondholders in the distribution of bonds. Based on this, we distributed two-thirds of the total issue volume to investors who subscribed for 100 or more bonds (worth 100,000 euros and more). With the success of the bond issue, we met our goal to strengthen the bank 's capital base, which will allow us to continue rapid growth," commented Margus Rink, Chairman of the Management Board of Coop Pank.

The Offering was the second series under the Coop Pank bond program created in 2021 and was conducted based on the Base Prospectus of subordinated bonds program registered by the Estonian Financial Supervision Authority on 15 March 2021 as supplemented by the Supplement No 1 registered on 21 February 2022. The bonds with the ISIN code EE3300002542 are expected to be transferred to the investors’ securities accounts on or about 10 March 2022 and admitted to trading on the Baltic Bond List of Nasdaq Tallinn Stock Exchange on or about 14 March 2022.

Coop Pank, based on Estonian capital, is one of the five universal banks operating in Estonia. The number of clients using Coop Pank for their daily banking reached 117,600. Coop Pank aims to put the synergy generated by the interaction of retail business and banking to good use and to bring everyday banking services closer to people’s homes. The strategic shareholder of the bank is the domestic retail chain Coop Eesti, comprising of 330 stores.

This notice is an advertisement for securities within the meaning of the Regulation No 2017/1129/EU of 14 June 2017 of the European Parliament and of the Council European Parliament and does not constitute an offer to sell subordinated bonds or invitation to subscribe to subordinated bonds. Each investor should make any decision to invest in the bonds only on the basis of the information contained in the prospectus, its supplement and the summary of the prospectus and if necessary, consult with an expert. The approval of a prospectus or its supplement by the Financial Supervision Authority is not considered to be a recommendation for subordinated bonds.

The information contained in this notice is not intended to be published, distributed or transmitted, in whole or in part, directly or indirectly, in the United States, Canada, Hong Kong, Japan, Singapore, South Africa, or in any other country or circumstance where publication, sharing or transmission would be unlawful. Subordinated bond were publicly offered only in the Republic of Estonia and the sale or offer of the bonds shall not take place in any jurisdiction where such offer, invitation or sale would be unlawful without the exception or qualification of law.